The Campi Flegrei or “Campi Ardenti”, so-called by the ancient Greeks who first described this area north-west of Naples and fell in love with it. The name given denotes their close link with the volcanic activity still present in numerous forms such as solfataras, bradyseism, and thermal waters. They extend from the Posillipo hill to the Cuma hill, from the Camaldoli to the Quarto area, to three islands of the Neapolitan archipelago, Nisida, Procida, and Ischia.

Those who come to these parts know that they will meet heaven and hell, the origin and the history, the sacred and the profane, the mysteries of the Sibyl and the mystery of the Cimmerians, the Greek, and Roman culture, passing through Boccaccio and Dante to the many people who visited these areas during their Grand Tours in Italy. Small and large pearls, such as Pozzuoli, Baia, Miseno and Cuma.

The paradise that Horace described in a verse “Nullus in orbe baiis praelucet amoenis …”, “Nothing in the world shines like Baia’s pleasant bosom …”.

The beauties of the territory open and hide between the sea and the gentle hills of the interior, the breasts, the promontories, the beaches, and four lakes, three of which of marine origin and the other of freshwater, of volcanic origin from name lost in myth, Averno! It is here that the Greeks placed Hades, the kingdom of the Dead. And here Dante placed The Entrance to Hell.

As I once wrote: “I come from the land of fires, the place where Italic ardor merged with Greek culture and modernity took place from that spark. Land praised since Homer, known and feared, as, due to its unique and unrepeatable nature, it was identified as the entrance to Hades. Here “Nobody”, Ulysses, became a myth after facing the ultimate mystery and being able to return to the light of his existence. Here again, in the Trojan exile, Aeneas, after imitating the Greek hero and after so many battles and suffering, the glorious future to which he would have given origin was revealed by the famous oracle of the Cumaean Sibyl. It is the land where everything is possible and where even the legend of the Cimmerians has left its mark. Land of fire and lava, volcanoes and peculiarities. A land that dances and jumps under the input of the underground brazier. A beautiful and unique land, where water, wind, earth, and fire interact like nowhere else. This, ladies and gentlemen, is my land.

All the gods had wanted to put something of their own. Juno had given her fertility, Aeolus had distributed her wineskins, Venus bestowed her immeasurable beauty, Mars had wanted the symbol of Roman power to be born there, Vulcan gave all her wisdom and hot thermal waters surfaced in several parts, Bacchus wanted the planting of the famous vines of antiquity and Proserpina too had made that land her residence. Finally, Jupiter had adopted it as a resting place for fun and enjoyment. A land where everything is born and where everything dies. “

Are you ready for this adventure? 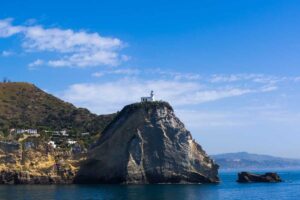 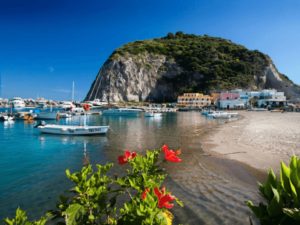 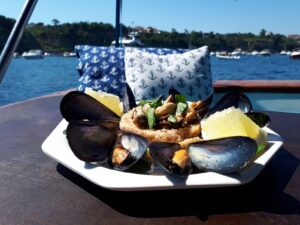